Burnout is a very real threat to not only freelancers but everyone these days. I get weekly mails/comments from colleagues who are struggling with burnout at some stage. Having played with that fire myself, I want to share a few tips on how to stay at 100%.

1% makes all the difference

In a 24 hour cycle you gain energy (mostly from sleeping and eating) and you spend energy. If an 8am -> 8am cycle leaves you at 99% charge, you'll be burned out in 100 days. Most people won't pay attention to that 1%, they'll start reacting once its 10% or so. When they hit that number by Friday they'll be down to 50 - 60% capacity when they kick off for the weekend - And you better hope that weekend refills their batteries.

Imagine a different scenario where you wake up at 101%. 100 days from now you'll have doubled in capacity. Such perspectives are of course subject to the law of diminishing returns, but nevertheless there's a valuable lesson to be learned.

You've heard that introverts recharge when they're alone, while extroverts recharge (or gain energy) from being around others. I think this is mostly true, but when we're sleeping we are all (at least mentally) alone - and this is where we do our best work.

For people who work on-site/in the office that means from 9 - 5 you're not in a good position to recharge. You're working, you're surround by people and not only do these people have comments and questions, they also represent the possibility of being disturbed - That alone is a drain.

We saw a relevant example of this in 2014 where a study showed that even the presence of a smartphone degraded the quality of in-person conversations.

Give that a long think.

Whether you're speaking with a colleague, your spouse or god forbid your child, just having a smartphone lying on the table will suck energy out of that conversation. I've seen estimates that you lose between 5% and 15% focus just from having this device in visual/audio proximity.

When I was much younger, before smartphones, when I was working with other people the only few short mental breaks where I could truly feel energy coming back, was when I went to the bathroom. Today, this is a very popular spot from getting the latest SoMe updates - But at what cost?

The title of the post is a reminder to put your batteries back into focus and make an effort to maintain them, now. In today's world, something is demanding your attention from the moment you wake - And you're the only person who's able to stop it.

Consider the paradox you've been put in. 100 years ago an accountant worked fewer hours than those of today. If you're like me, you thought that the job of an account would either go away or be so minuscule that it could be done in 2 hours/week.

100 years ago, accounts did everything on paper. They were managing dozens of binders keeping mental records of where everything was and what was there. Today everything is summed up in spreadsheets, it's all searchable, its mostly automatically inputted - Why is this still a job?

I could offer you several answers but I'll stick with the one most relevant to our topic: Because technology is not your friend.

Treat every piece of software you load up as a potential threat to your optimal workflow. Recently I had a customer ask me to join his development team on their Slack-channel. I refused him, explaining that I do not use Slack and don't care to.

"But what if we just have to send you a short heads up?"

If it's not important enough for you to write an actual email, I'd rather not hear about it. When I'm working, I want total focus as to not waste time and end up working more than I have to.

Although Slack is an atrocious piece of software, it only serves as a small piece of a bigger puzzle: You need to be vigilant of your peace of mind.

Because the world is set against you and hell bent on getting your attention, you need to make a decision to reclaim and keep your attention, right now, or you will already have lost.

As all things should be. The general attitudes around me are.

It's a form of business-machismo that I bought into for many years - The truth however is that resting is a big a part of business as the work itself. If you want to be the most powerful, charismatic, creative and focused version of yourself possible, you'll need a lot of rest.

These feed each other, that's a nature-given fact for all us, whether we accept that or not is a different story. I estimate that 95% of the people I've worked with would rather work 8 hours at 15% capacity, than 3 hours at 100% capacity.

I say "would rather" but I don't think its a conscious decision. Do the math, the 3 hours will get you 180 minutes further on your project, compared to just 72 minutes if you're at 15% capacity. Now multiply by 20 and see how much actual work you neglect in a month by not running at full capacity.

Be aware though, that 3 hours at full (or near full) capacity can be draining. To the point where you actually need to take a nap mid day. That's quite alright, the guy next to you who's overworked is still weeks behind you. That's why Google introduced these pods a few years ago:

The message is clear: If you're not at 100%, jump in the pod and recharge.

If you've read this far and you're actually looking to restructure your work life around rest, I'm very happy for you.

The solution has 2 components and I hinted at the first one in the first section: Get rid of distractions, all of them.

Practically speaking I made a few choices that helped me, and while you consider those consider why you might not want to follow in my footsteps:

The first 3 make sense right? You waste time and attention on something which in no way helps you towards your life goals. Get rid of it.

If you did have a think about why you might not want delete these networks/distractions, I hope you arrived at a very common illness: FOMO.

FOMO - Or Fear Of Missing Out - Is the hidden message all of these notifications are trying to send us. Something always happening, you don't want to miss out. Well actually, I'd greatly prefer to miss out. If it's just one time-sink after another, my life is too short.

Emails can be very relevant, but I get 4 emails that go straight to the archive before I get one that requires attention. So no sense in hearing that beep all day long.

And finally I had a lot of customers who had been with me for years and they had a habit of asking me for very small tidbits, like weighing in on emails, changing some content, reviewing a contract etc - And by habit, because these requests started in the middle of larger projects where I was already being paid for my time, I just did it without logging my time.

It seems like nothing at the time, 2 minutes here, 5 minutes there - But when I started punching in all of these occurrences in ZimTik I noticed what my gut was already telling me, it amounted to hours every month - and whats worse: It distracted me.

If you should continue such arrangements or not is very simple: Ask the client for some modest fee as compensation. If they reject your offer the service was not valuable to them anyway. If they accept, set up a framework so its not a bigger distraction than the money justify.

So now that you've gotten rid of your worst distractions, how do we make the air breathable again? Make the sun seem a little warmer, even in December?

This is very individual but I dare make a few generalizations: I had a 3 week summer vacation a few years ago. The first week I was still stressed from work, and still took a few phone calls. The second week felt a bit better. Near the end of week 3 I felt a surge of energy, positivity and creativity. The lesson here was not that I should start taking 6 week vacations to enjoy the 3 weeks of no-stress, the lesson is that if you're working under too much pressure you can't just unwind in an afternoon.

Whatever you decide to do following this blog post, give it some time. If you've thought it through, trust that the results will come.

Pick something which is an activity. Rest is not just (or rarely) lying on the couch watching Netflix. In fact I'd say that's the opposite of rest, that's staying a zombie.

Years ago I decided to take up Wing Tsun after work. Couple of times a week I'd drive to a local gym and train for 3 hours before heading home. On the nights where I got to do some sparring I was an adrenaline high that stayed with me for a couple of days after. I was recharged!

After a while I was driving to the gym and felt like it was more of a chore than a part of my rest-routine, so I paused my membership immediately. Rest feels good - If it doesn't, it's not rest!

Are you a fan of nature? I sometimes drive deep into the forest and just walk and think for hours. In fact one time when I got my very Director position I felt miserable and unhappy with the job, but the job itself was very important to me. I walked for 8 hours just letting my mind wander from work, to rest, to dreams, to values. Soon as I got out of the forest I sent in my resignation. Rest gives you clarity!

Are you completely out of ideas for finding meaningful rest? That's the best place to be. That means everything is open for you to try and I suggest you do it. Yoga, Martial arts, Weightlifting, Sauna, Hiking, Dancing, Darts - Get a message if you want to. But put time in your schedule every day, to recharge. And perhaps skim our post about time management.

The tl;dr version is this:

Lau B. Jensen is a Danish Freelancer / Tech entrepreneur. He's worked mostly with Software Development and management consulting all across Europe. In 2015 he took a 5 year break from freelancing to be the CEO of a VC funded SaaS start-up. 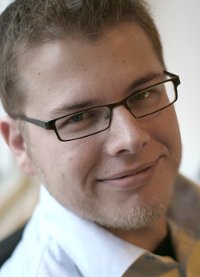